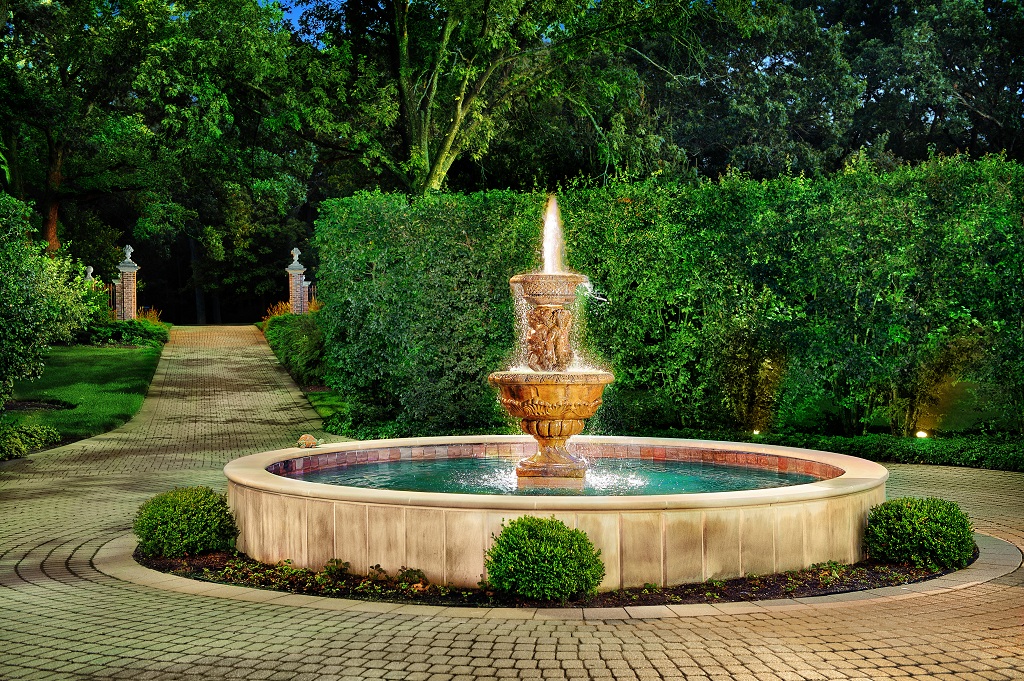 This traditional old world fountain was actually the result of a renovation.  The existing fountain was demolished, and the existing fountain floor was preserved.  We re-piped the entire feature with new recirculation piping and feature piping.  We then cleaned the floor, ground down to a base to remove all of the years of coatings and paint and poured a new perimeter basin in concrete which was keyed into the existing floor to preserve water-tightness.  We then proceeded with the cosmetic touches, including new Vermont Slate perimeter tile, Indiana Limestone fascia around the outside perimeter, new Squared Edge Indiana Limestone coping around the basin, and a new exposed aggregate interior of the basin. 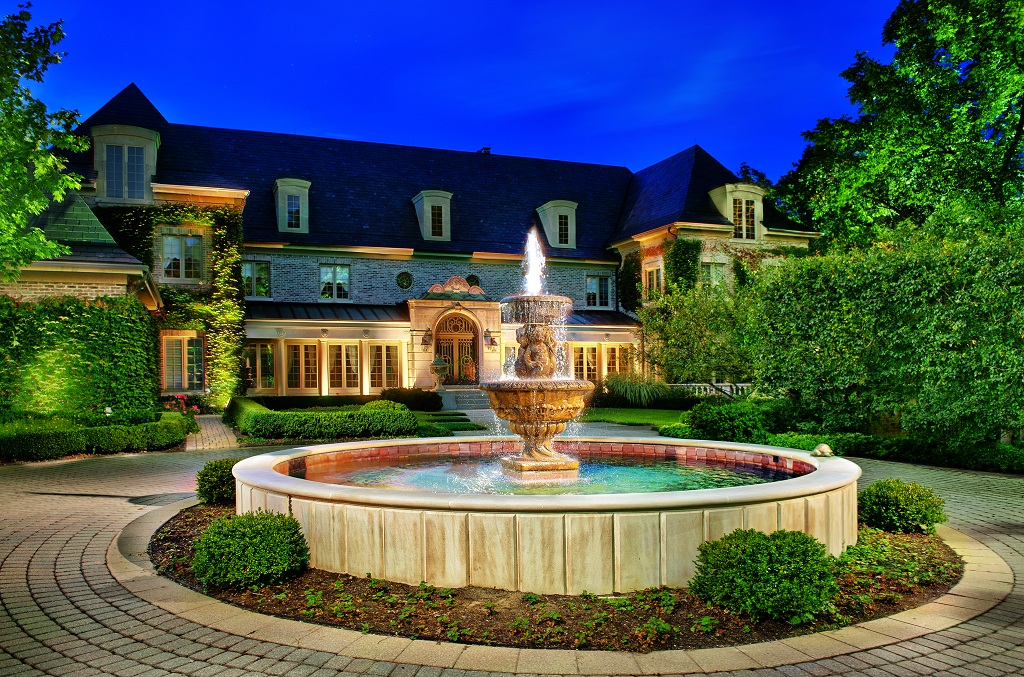