It is largely anecdotal, but legend has it that water slides may have originated around the time of the Ancients (as early as the 7th century B.C. by the Assyrians) which would coincide with the invention of modern irrigation systems and specifically the Roman-style aqueduct. Supposedly, laborers working on the construction of aqueducts learned that they could return to the lower levels of the aqueduct by actually riding in them. This concept allegedly also applied to the somewhat more modern logging industry, whereupon loggers built flumes to transport logs to the sawmill as well as to transport themselves. As swimming pools became popular in the United States in the early 20th century, it didn’t take long for enterprising construction professionals to begin incorporating this concept into the recreational consciousness of Americans.

The typical residential pool slide has come a long way since the ubiquitous Aqua Slide n Dive of the 1960’s and 1970’s. 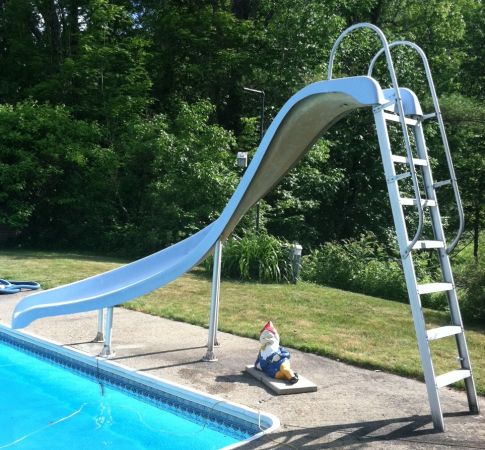 The Aquaslide n Dive, which was a pool owner’s only option for many years.

Slides now incorporate multiple turns, innovative water-delivery systems, and numerous safety features. What follows are some  options for the modern residential pool owner that range from the simple to the sublime: 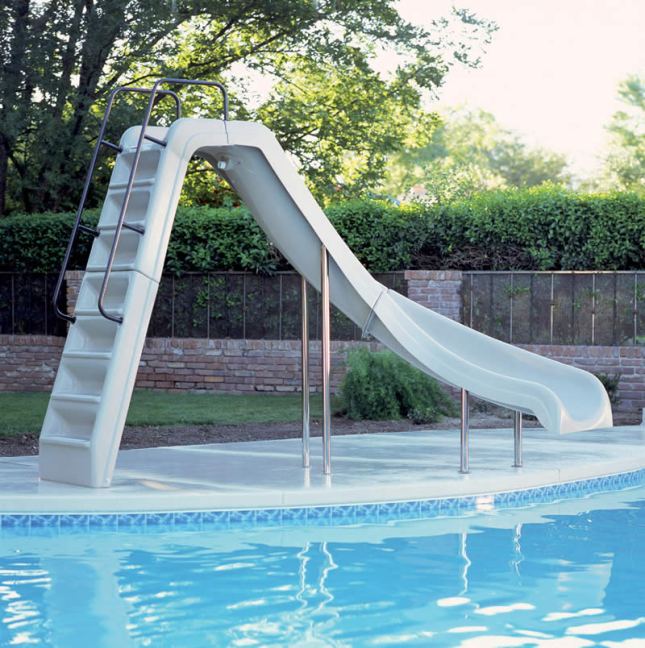 The “Wild Ride” (above) from S.R. Smith and the “Typhoon” (below) from Inter-Fab and the  represent the evolution of the basic swimming pool slide.

These slides boast multiple color options, deep flumes for safety, improved water delivery systems and a molded stair system that is much safer than the traditional thin aluminum steps on the older slides. 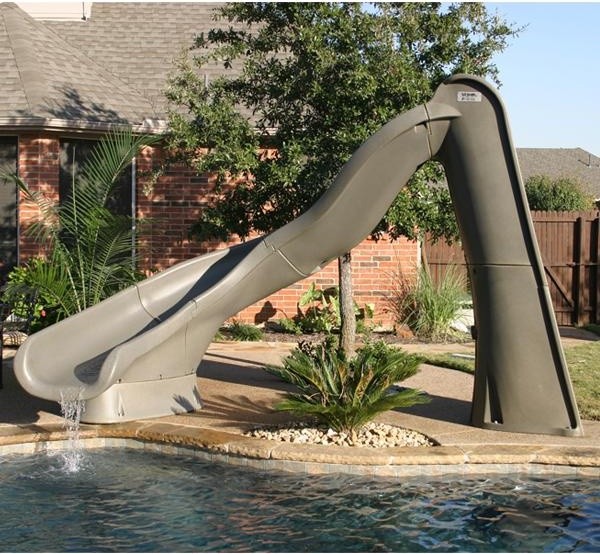 The “Turbo Twister” (above) from S.R. Smith, and the ” X-Stream” (below) from Inter-Fab introduce a two-turn feature into the mix.  These slides are taller at the seat than the other slides, yet include all the same safety features of the other slides.  The increased height coupled with the additional turn and the special water delivery systems provide a more thrilling ride. 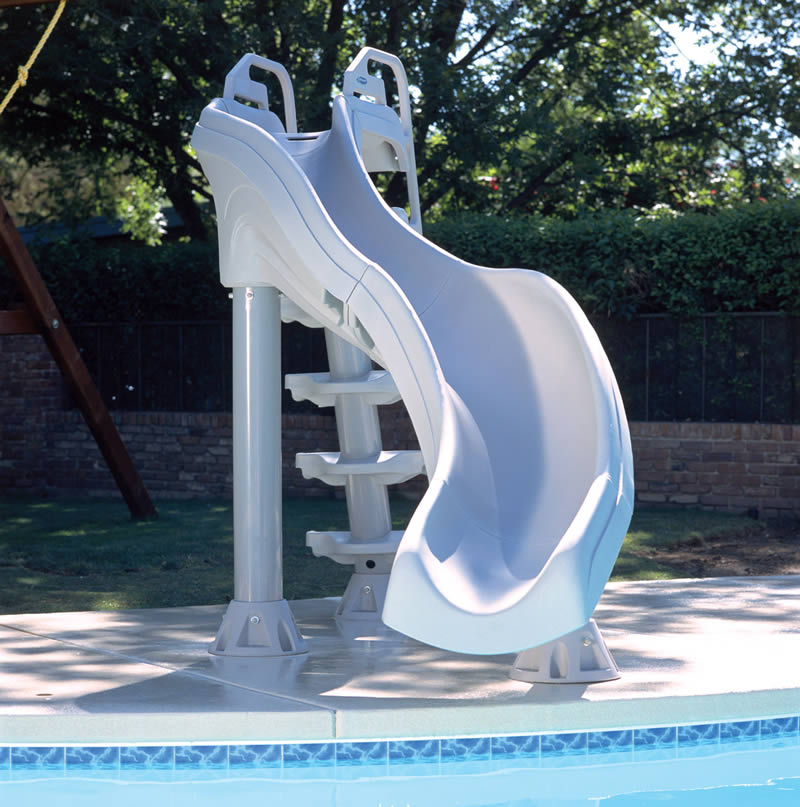 Many pool owners want to bring the thrills of the commercial waterpark to their own backyard.  Water slides that blend some of these commercial features into a smaller footprint for the residential pool owner are known as crossovers. 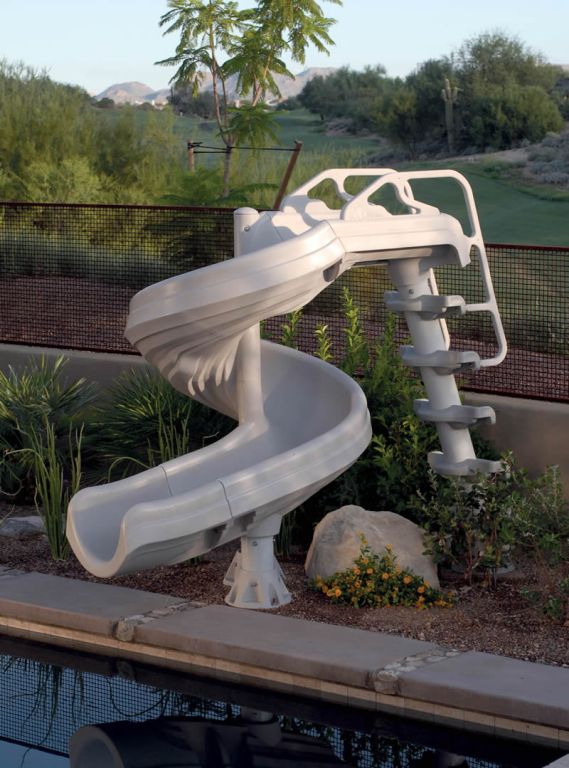 The “G-Force” from Inter-Fab (above) and the “Vortex” from S.R. Smith introduce a 360 degree turn into the sliding universe. 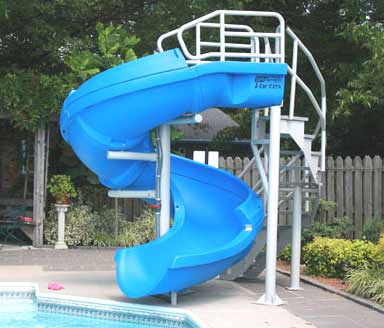 The “Aqua Deluxe” (below) from Summit USA shows that the universe of quasi-commercial pool slides for the Residential pool owner is really limitless. 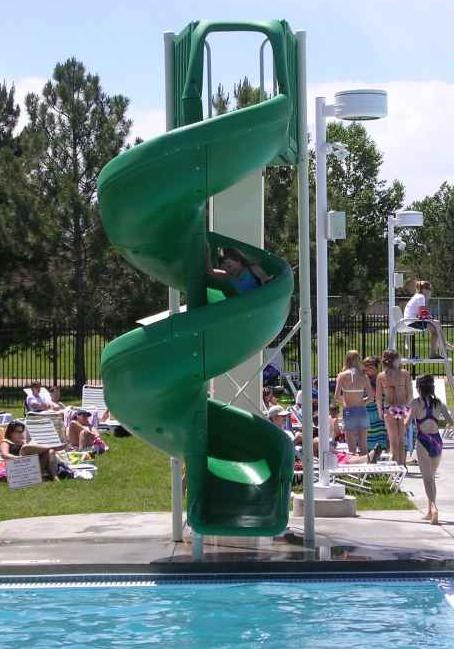 Inter-Fab has a product known as the Build-Your-Own-Slide, which is referred to as a semi-custom slide.  The product can be custom designed to virtually any configuration, yet provides the comfort and precision of a pre-fabricated slide.  This slide is often included in rock features and incorporated into grottos, providing virtually limitless possibilities. 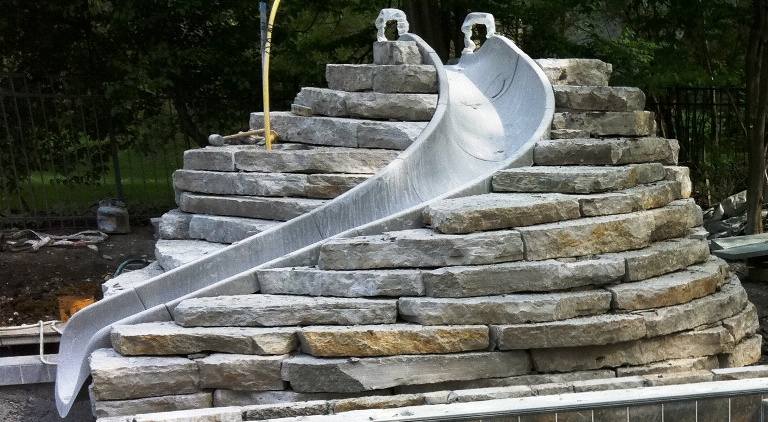 Finally, a custom concrete slide is the option that provides the most flexibility with respect to design.  Since concrete can be placed or formed to virtually any form, there are fewer limits as to the configuration.  Special care must be taken to ensure a smooth ride, and cosmetic treatments are usually applied to make the concrete blend into the natural environment.  These slides will be the most durable, providing decades of thrilling rides. 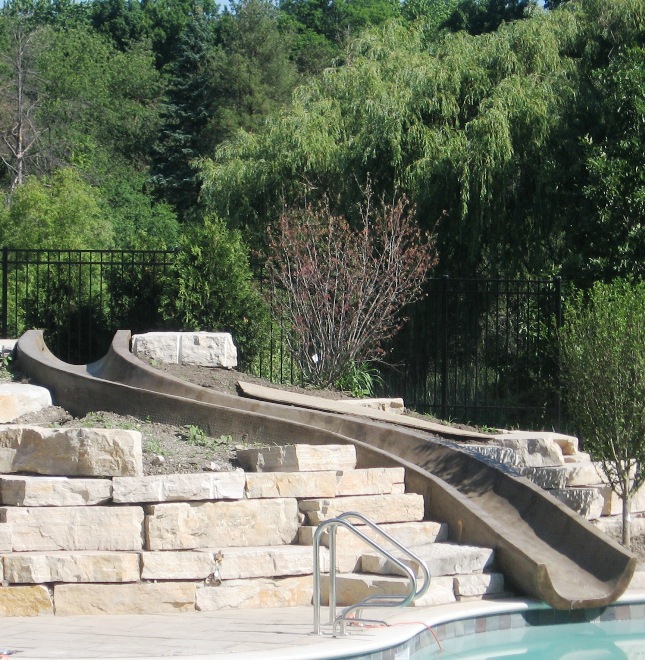 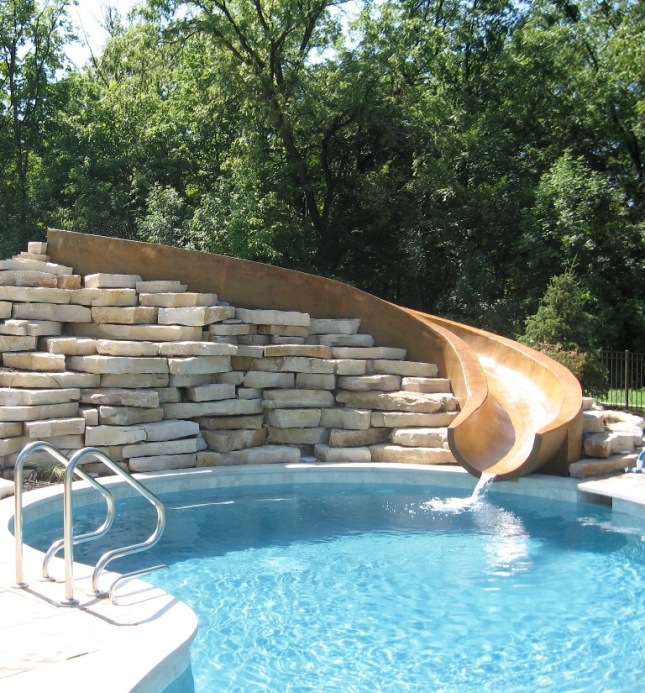 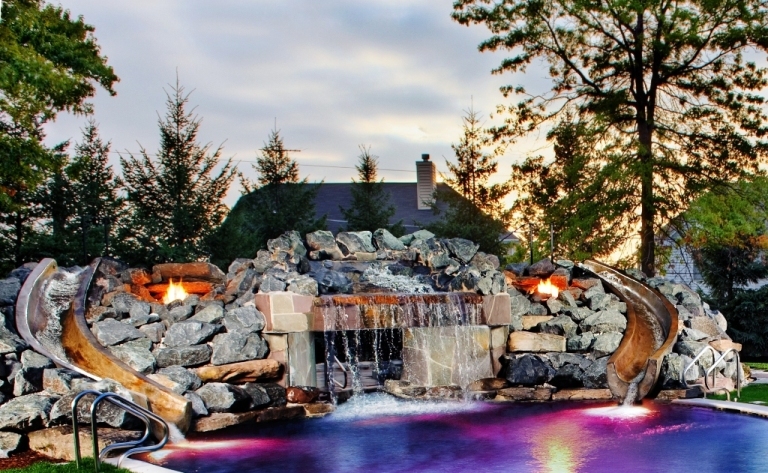 These are not your father’s water slides!  After decades of monotonous and unsafe offerings, slide manufacturers and swimming pool designers are moving the art of the water slide forward.  These slide designs and options allow the residential inground swimming pool owner to bring the thrill of the commercial waterslide home; and the best part is that there is no waiting in line!