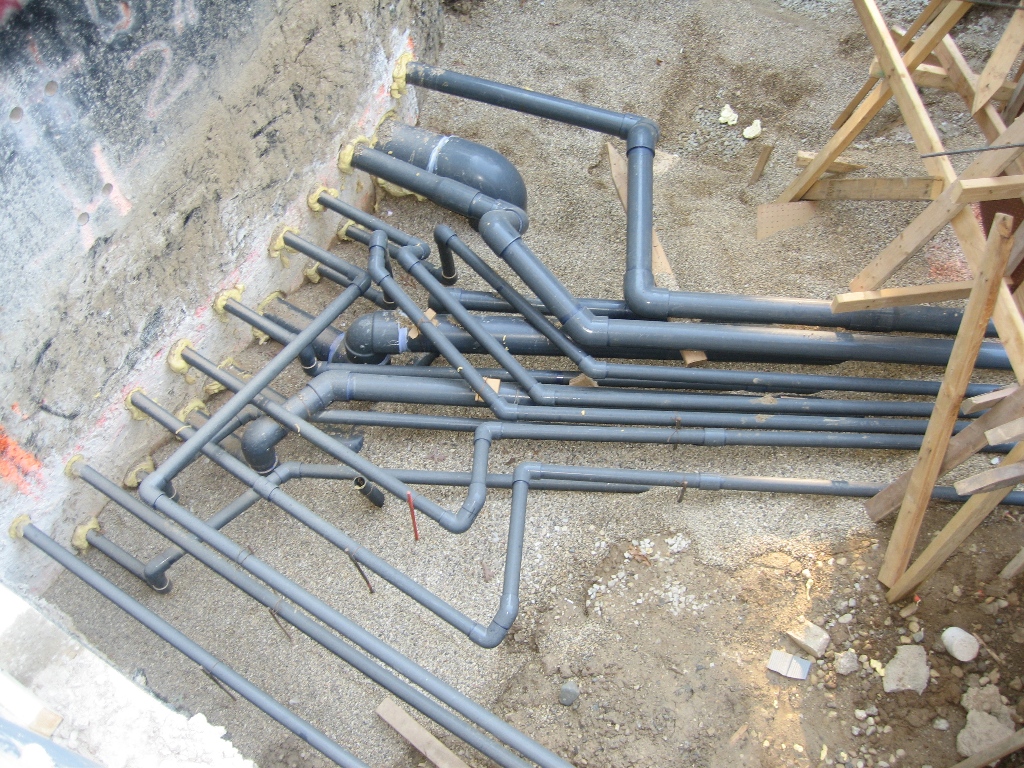 Work on the outdoor pool began while the pool house was still taking shape. Key to success in all subsequent stages was making certain we set things up for plumbing, electrical and assorted other runs – with plenty of extra capacity to accommodate the changes that were certain to come as we moved forward.

Before we step outside to consider the outdoor pool, there was one more set of details we had to attend to within the confines of the pool house: Adjacent to the pool is a set of doors that leads into a foyer that in turn gives access to a large sauna facility. From floor to ceiling, the transition is finished in tile from Craig Bragdy Design that puts you in the interior of a prehistoric cave dwelling.

As you enter the space, you have the option of going straight to the sauna, or you can make a right turn to an area with steps leading down to a swim-through connected to the outside pool. (Happily for us, the client didn’t want another automatic door here: You either wade or swim through an archway that keeps the bugs out with a rain-curtain system.) 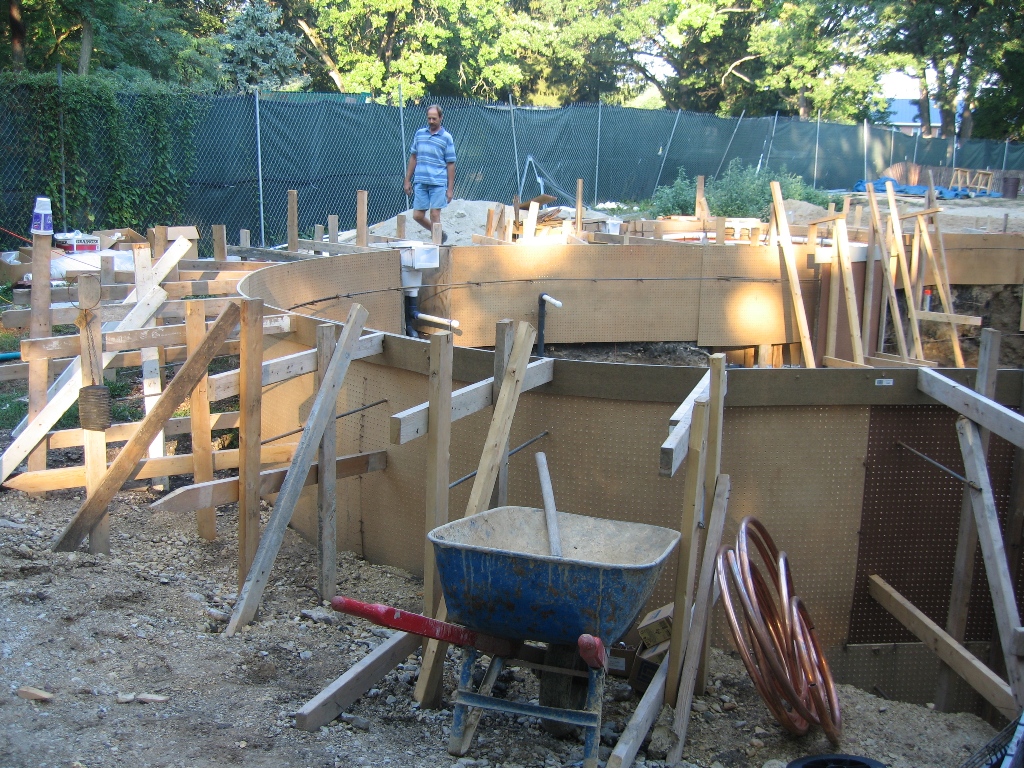 Inside the pool house and opposite the archway is a large rock waterfall, so when you enter the space from outside, you’re fully surrounded by water as you move toward the sauna and pass by the amazing tiled walls. Our work in this area was limited to the rain curtain, the waterfall and some tile work associated with the swim-out: The general contractor took care of the internal finishes and installed the sauna,with a strong assist once again from Nick Powell when it came to decorative design.

As Powell tells it, he was in a meeting with the owner and the artist who’d done the ceiling painting over the indoor pool when she told the artist she wanted this part of the project to resemble a cave. He worked up some sketches, but apparently they didn’t do the trick. She left the room and came back with a silk scarf she’d purchased in Paris that had a design based on authentic cave paintings. She laid it out on the table and said that was exactly what she wanted.

Powell took photos of the scarf, returned to Wales and developed a series of sketches based on the configuration of the space. She was finally happy with it, and the artists at Craig Bragdy Design began preparing the third of the four major mosaics they’d ultimately execute for the project. They also fashioned interesting stalactite details and inserted some small windows near the ceiling to bring natural light into the space.

The fourth of the tile mosaics is in the form of a coral reef on the bottom of the outdoor pool – a 65-foot-long, freeform vessel with a vanishing edge, an encircling natural-rock formation, fire features, a waterfall and a sculpture pedestal. The impetus behind this particular detail stemmed from the client’s desire to swim laps starting at the far end of the indoor pool, passing through the swim channel and then moving across the outdoor pool – in all, a circuit of more than 100 feet. But the journey involved making a right turn coming out of the swim channel, so she wanted some sort of visual marker to keep her on track. 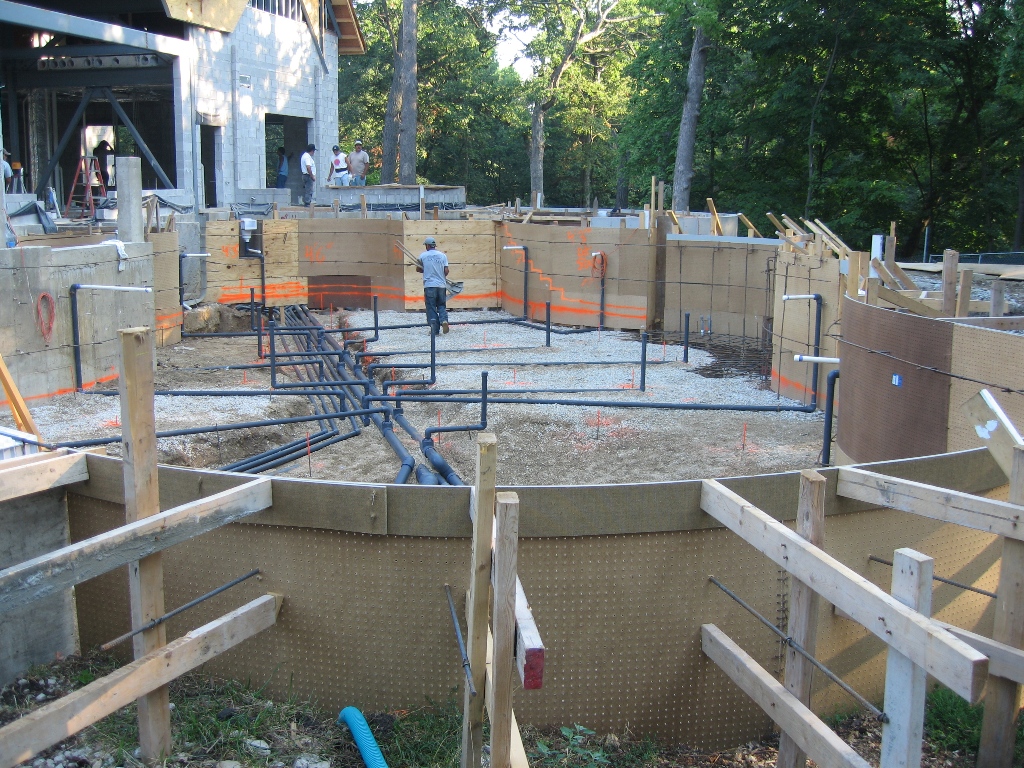 The reef mosaic was the elongated solution: It suited her tastes much better than a simple tile lane marker and turned what was otherwise a functional detail into another display of the talents of the artists at Craig Bragdy Design. They’d done something similar in the past, but even with that precedent, the design went through numerous iterations and adjustments of the color scheme before winning the client’s approval.

Given the client’s indoor/outdoor swimming regimen, both pools had to be heated year ’round. The client had the wherewithal not to care about energy consumption,but she’s also environmentally conscious and wanted an energy-conserving solution that would reduce fuel consumption while still enabling her to keep both pools at the same temperature.

To make it work,we installed a geothermal system that preheats the water by moving it down a shaft that reaches to the water table beneath the property. There, a heat-exchange process brings the sometimes very chilly pool water up to a reliable 60 to 70 degrees Fahrenheit. When it returns to the surface, this water flows to a pair of high-efficiency gas heaters that bring the water the rest of the way up to the desired swimming temperature.

The needs of this system and of all of the other features we were installing led us to a practical choice to make certain we had ample piping service to various outdoor locations.

All of the equipment for the indoor and outdoor systems is housed in the basement of the pool house, which is where we focused our first efforts without having a clear idea of what would be happening outside. All we could do was come up with a best guess about what we’d need – then added several extra runs of conduit and pipe in a 24-inch-wide chase we ran down the side of the supposed length of the outdoor pool. This was another case where my experience in handling the changing demands of large-scale commercial facilities became a real advantage. 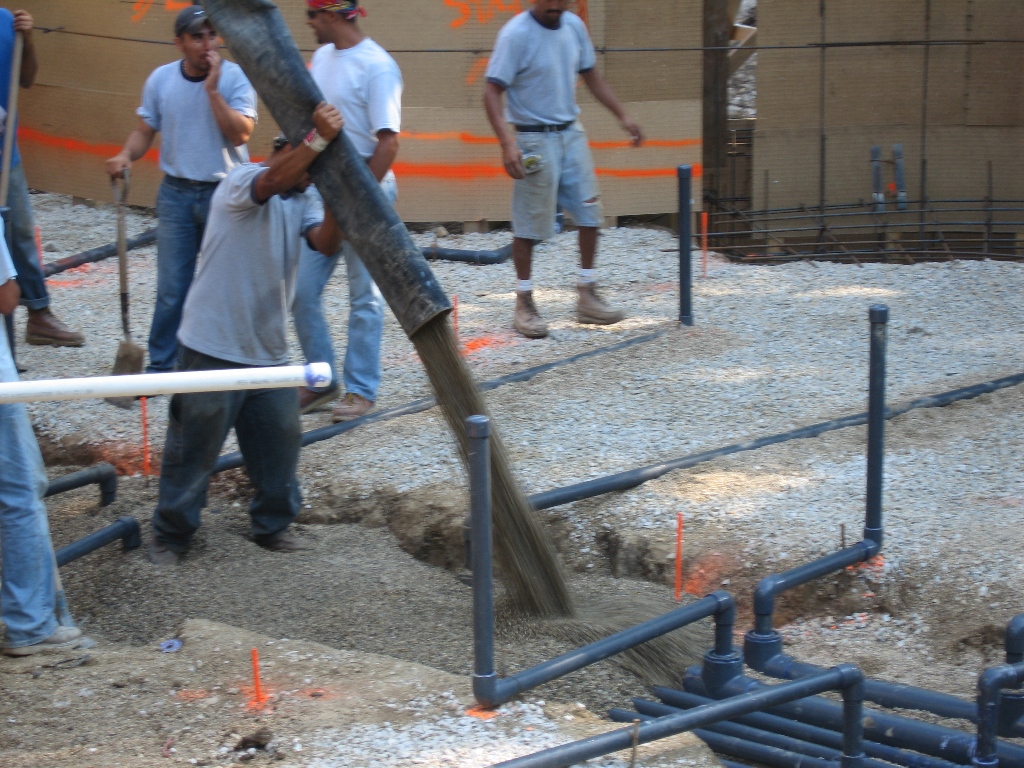 The outdoor watershapes involved us in unimaginably complex excavation and forming processes, with intricate contours, interesting angles and a scale so grand that it all defies characterization as a ‘residential’ installation.

Be sure to catch the next installation of this series in which we wrap up the final details and finish the discussion on the design and construction.  The following installments will focus on the finished product.