This freeform swimming pool and spa offers ample activity space for the entire family. Measuring nearly 1,100 square feet, the pool is 3’6” at the shallow end and has a 9’0” diving well. Apportioned with a 25’0” bench for ample seating and recreation space, the pool also has a removable basketball hoop for family games. The hot tub is 8’0” in diameter, flush on grade and separated from the main pool. Full-range bluestone coping surrounds the pool and spa and connects to ample full-range bluestone decking. The pool is equipped with variable-speed pumps to provide the cleanest, most energy-efficient system available. 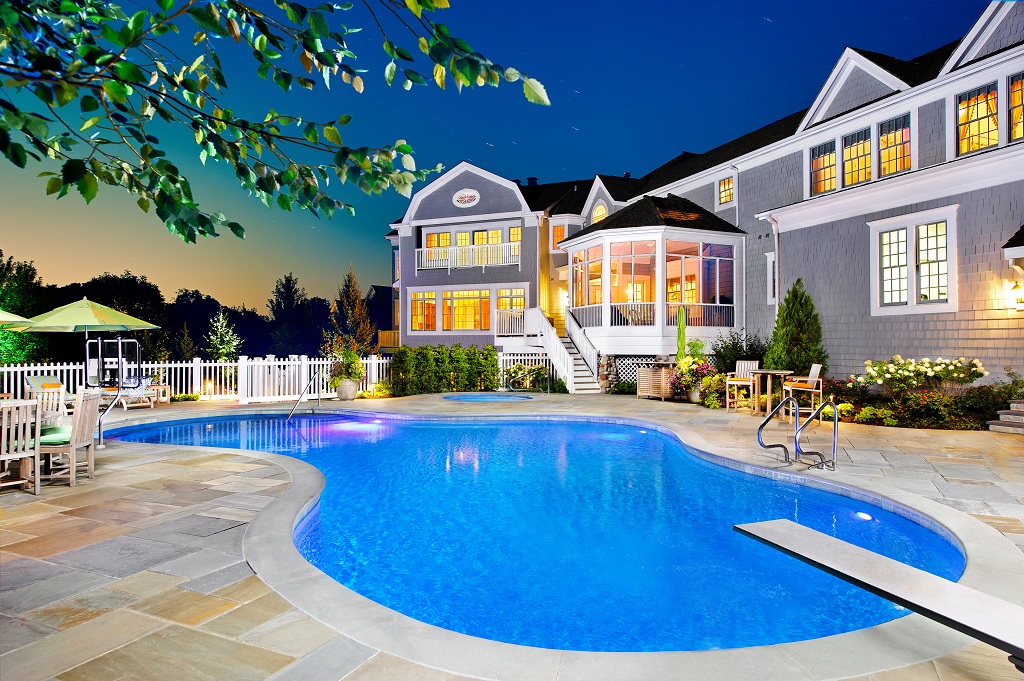 Because the elevation of the finished pool was slated to be above the existing grade for a large portion of the pool, most of the structure of the swimming pool had to be framed in plywood. 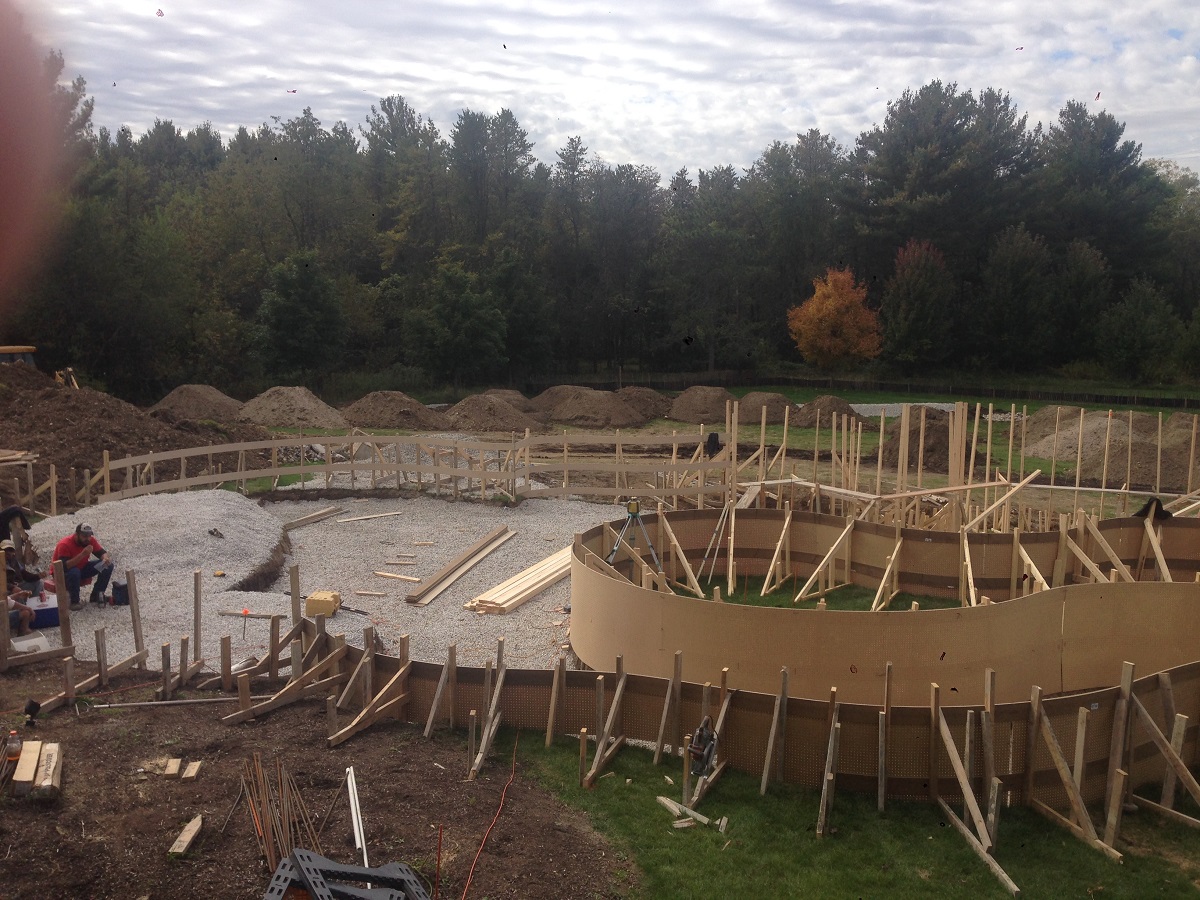 05 Dec Celebrity Swimming Pools are over the top!

7 Celebrity Pools From Architectural Digest That Have Us Craving Fun In The Sun (PHOTOS) From Huffington Post Americans love their celebrities.  Shows like MTV Cribs, Keeping Up With the Kardashians, Lifestyles of the Rich and Famous, etc. fulfill the...

03 Oct What is the most expensive swimming pool in the world?

Most Expensive Swimming Pool From Most Expensive.com The answer to this question may surprise you, as well as the reported price tag.  Most people would naturally assume that the most expensive swimming pool ever built would be in the Middle...

18 Apr Are you ready for a swimming pool? Here are 10 tips for figuring out if you’re ready

Ten tips to tell if you're ready for a swimming pool from Poolinfo  via Advanced Pools Is 2013 the year you've decided you're going to take the plunge (!) and have a swimming pool installed in your backyard? If you've been...

A (Lazy) River Runs Through It

According to designer/builder Mike Farley of Dallas-area builder Claffey Pools, some of the most challenging projects are those where clients want numerous features in a small yard. No stranger to working in relatively tight spaces, Farley's skills were pushed the limit by this project, a lazy river with multiple design elements located in an average-sized residential back yard. It wasn't easy, he reports, but the effort resulted in a truly spectacular residential resort-like pool, with nary an inch to spare.

Although this project is located in typical backyard, about a 65-by-70-foot space, the project itself is anything but typical.

The design centers on a lazy river that consumes the majority of the space, around which you will find small slices of deck area, landscaping and an outdoor kitchen area. There are two bridges that lead to a large island in the center of the scene that includes a spa, lounging area, plantings and a large stone structure that forms a cave you enter from the pool, among a number of other details and features.

In many instances we were down to just a few inches available for the various structures and plumbing, and a number of factors seemed to constantly crunch things as we went along. Because trees were part of the design, for example, the available area was further decreased by "no plumbing zones" to protect the root systems. Property-line setbacks further compressed the design. Add to that a client who kept coming up with new ideas about things he wanted, and as we went along, it all just grew tighter and tighter.

Needless to say, everything was about as crammed as it possibly could've been; laying out the whole thing was like solving a grand puzzle. You couldn't put a shovel in the ground without hitting something. There were gas lines, sewer pipes, elements of low voltage lighting and electrical service, drainage trunks, in-floor cleaning lines, trunk lines for Tiki torches and, of course, the circulation plumbing lines for the pool and spa.

Aggravating things even more was the fact that we try to never stack plumbing because that can create a nightmare should you ever have to go back do a repair, so all the lines are laid out flat. Our refusal to cut corners on those types of details coupled with the homeowner's high-flown ambitions made for a design and construction process that was interesting, to say the least.

When the homeowner purchased the property, located in a lovely neighborhood in Collegeville, Texas, the lot came with some really nice landscaping. There were all sorts of trees, lush planting areas, a fountain, statuary and overall sound landscape design. To say the new owner wanted to go in a different direction is something of an understatement. In the end, the list of elements was as comprehensive as projects installed in areas several times the size of this one.

In fact, when I visited the lot with our construction superintendent prior to breaking ground, he looked at me as if I was crazy and said, "You must have measured it wrong. This isn't going to fit." I assured him I had measured it numerous times and as unlikely as it might have seemed, I knew everything would fit, but as mentioned above, only by the narrowest of margins.

In visual terms, one of the things we did have working in our favor was that the lot abuts a green belt with all sorts of mature trees. That enabled us to visually "borrow" the view of the greenery, which makes the space not appear as confined as it really is.

The undulating course of the river required precise forming and steel work along with carefully planned hydraulics.